The present/ future forms of the infinitive verb "stan" (to want) are made by adding the prefix /mi-/ and the inflectional endings /-am/, /-i/, /-ad/, /-im/, /-id/, and /-and/ to the verb /h/. These forms include [mi..ham] (I want), [mi..hi] (you (singular) want), [mi..had] (s/he wants), [mi..him] (we want), [mi..hid] (you (plural) want), and [mi..hand] (they want) respectively. The pronunciation of these forms in colloquial Persian has decreased from three syllables to two syllables. As a result, they are pronounced [mi.m] (I want), [mi.j] (you (singular) want), [mi.d] (s/he wants), [mi.jm] (we want), [mi.jn] (you (plural) want), and [mi.n] (they want) respectively. This research aims to identify and analyze the phonological processes causing the various pronunciations of these forms. The primary cause is the deletion of /h/ in /h/ at the word level. Then at the postlexical level in which the prefix /mi-/ and inflectional endings are added, /h/ deletion leads to hiatus. The hiatus of the vowel // and the vowel /a/ in the endings /-am/, /-ad/, and /-and/ is resolved by /a/ deletion. However, the hiatus of the vowel // and the vowel /i/ in the endings /-i/, /-im/, and /-id/ is resolved by inserting [j] as an intervocalic consonant. The phonological processes that occur at the postlexical level include /d/ deletion, [n] insertion, and resyllabification. Since phonology and morphology interact in the application of these processes, their analyses are done using Stratal Optimality Theory (SOT) at word and, post-lexical levels. Stratal OT which draws heavily on the tradition of Lexical Phonology is a hybrid model of OT in which the insights of Lexical Phonology and Morphology are broadly combined with parallel OT. It posits three distinct levels or strata including stem, word and postlexical levels. Stratal OT assumes that, in each phonological cycle, the mapping from input to output is effected by means of parallel constraint-based computation in the manner of OT. 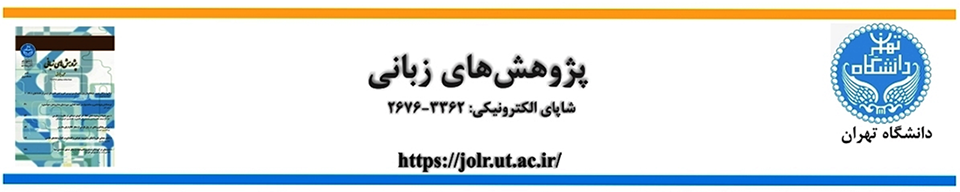